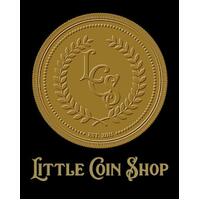 The first gold coin to be released as part of our exclusive program celebrating The Simpsons, this 1oz gold release portrays Homer’s iconic catchphrase, featuring:

First introduced in 1987, The Simpson family originally appeared in 30-second segments on The Tracey Ullman Show. Two years later, The Simpsons premiered as a half hour-series and instantly became a worldwide pop-culture phenomenon, now seen in 60 countries in 20 languages. In 2018, The Simpsons reached an incredible milestone becoming the longest-running primetime scripted show in television history.

Now in its 30th season, The Simpsons has won 33 Emmy Awards, 34 Annie Awards, a 2017 People's Choice Award and was the first animated series to win a Peabody Award. The Simpsons is a Gracie Films Production in association with 20th Century Fox Television. James L. Brooks, Matt Groening, and Al Jean are the Executive Producers.

The coin’s reverse portrays the word “D’OH!” above Homer in his iconic catchphrase pose. A half-eaten glazed donut with sprinkles, Homer’s favourite treat, replaces the letter O in D’OH. Also included in the design is The Perth Mint’s ‘P’ mintmark, Matt Groening’s signature, and a background of sprinkles from Homer’s famous donut.

The coin’s obverse depicts the Ian Rank-Broadley effigy of Her Majesty Queen Elizabeth II, the monetary denomination, the weight and fineness, and the 2020 year-date.

The coin is housed in a branded presentation card which features a display window showcasing the coin’s obverse and reverse designs.