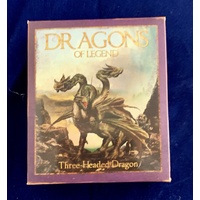 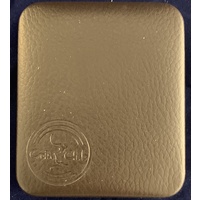 This mythical dragon has been represented differently in many legends and myths, but none more superbly than in this exciting coloured design.

Out of Print and Out of Stock at Perth Mint

The coin is struck by The Perth Mint from 1oz of 99.9% pure silver in proof quality.

Designed from an original illustration by Howard David Johnson, the coin’s reverse portrays a dramatic coloured portrait of a three-headed dragon set against a mountainous scene.  Included in the design are the words THREE-HEADED DRAGON and the monetary denomination.

No more than 5,000 of these coins were issued by The Perth Mint.

Issued as Tuvalu legal tender, the coin’s obverse depicts the Ian Rank-Broadley effigy of Her Majesty Queen Elizabeth II, the year-date and the monetary denomination.

This coin is housed in a black presentation case and illustrated shipper accompanied by a numbered Certificate of Authenticity.

This great series created especially to celebrate the 2012 Year of the Dragon, features mythical dragons from around the world.

The three-headed dragon in Bulgarian, Russian, Ukrainian and Serbian lore is viewed as evil with few redeeming qualities, with its number of heads ranging from one to seven.  Like the Hydra in Greek mythology, legend has it that the dragon’s heads will regrow if cut off – unless the heads are cured by fire!

The dragon is a respected global symbol, known for its power to change the world and help people in need.

Others in the Series: Red Welsh Dragon, Chinese Dragon, St George and the Dragon, Three-Headed Dragon

This series was commissioned by Coin Club Australia who in the Spirit of the dragon helping those in need made a donation of $1.00 to UNICEF-Australia for each coin purchased in this program.   Commissioned product struck by The Perth Mint. 2012 Dragons of Legend Series: St George and the D